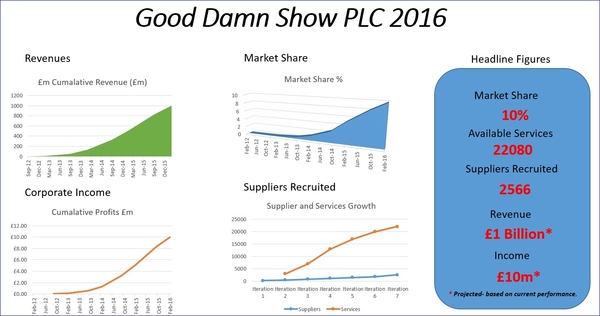 Happy Birthday to you!

Its Annual Report time and this is the third year in front of your stakeholders. (BTW -Happy Birthday!) How would you feel about presenting the figures? Above is the dashboard of some of the data available at your disposal.

Overall its impressive, 10% share of the market, consistent revenue and "profit growth" and a track record of recruiting suppliers selling through your website - and from whom you receive a commission. The customer base too has grown, although with a little bit more investment you could communicate the benefits your product brings to more of your target market.

Even though the Dragons from the Den may be disappointed about margins (1%) they could not fail but to be impressed by the growth stats. Your Dragons are different however, as stakeholders they set the margins you could make, and your other objectives too. You are the Government Digital Service (GDS) and you are presenting the G Cloud figures.

Of course G Cloud is just a part of GDS's responsibility but the fact is the online catalogues figures are pretty impressive. A whole new, digital way of procurement that has involved users and vendors in its evolution to improve usability. The software foundations were laid in just four weeks and continues to get better. The current iteration interface is far easier to navigate in GC7 and the search functionality much improved.

But, being British I guess, the criticism of G Cloud is louder than the plaudits.

Critics point to Lot 4 (Specialist Cloud Services) dominating the Lot. Well around 80% of transactions by value has been recorded at being the consultancy services provided in this Lot - and it may appear high but does vary considerably between Departments. To digitise requires expertise, and to architect, develop and test new systems. Many departments are using consultants to deliver to them the infrastructure which enables citizen centric services to be delivered.

That Central Government accounts for 90% plus of all revenue critics put this down to the lack of awareness and understanding of G Cloud- Local Government is highlighted as being a particularly low user of G Cloud. Vendors are critical of the submission process and seek greater flexibility in updating services on the Cloud - which can be updated at the launch of each iteration of G Cloud. Initially intended to be 6 monthly G Cloud updates are becoming more of an annual event. But let's accentuate the positive for a moment.

G Cloud has saved the Government financially -the estimate from HMG for just 2015 is at £200m for the year. Over 50% of monthly sales are made by SMEs against an original target of 25%. The service is being looked at with envy by many foreign Governments looking to replicate the concept. The potential of adopting a similar channel for other procurement lines (Police equipment, Health Supplies etc.) has yet to be fully explored but G Cloud shows that an online catalogue can be used in the public sector.

So G Cloud has been the catalyst for debate and facilitated a cultural change in Whitehall - which is often perceived as being oppose to change. Although not a key objective of G Cloud perhaps that cultural shift is its most remarkable achievement! By reducing procurement time and in enabling online comparison of prices, products and services GDS is enabling the efficiency savings demanded of the Public Sector to have a chance of being delivered.

So Happy 4th Birthday G Cloud you can be proud of your achievements to date :) 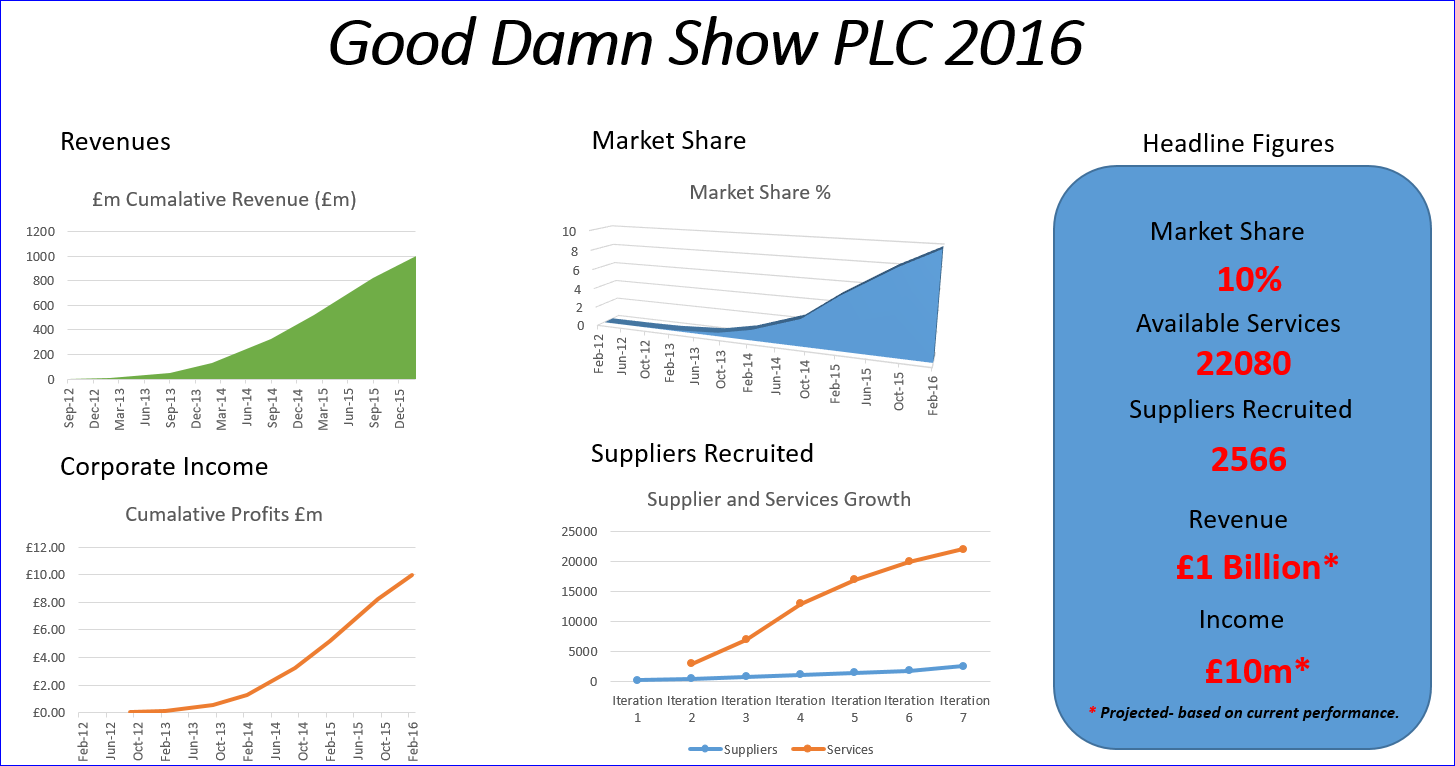